PowerShell 5.0 has numerous new elements to make its syntax simpler to use and prevent basic mistakes. It gives system administrators control over Lync-based servers, SQL, and Exchange.

How to check the PowerShell version

Type PowerShell into the search box located on the taskbar and choose “Microsoft Windows PowerShell. Use this command to check your Windows computer’s PowerShell version:

You will see the specifics of your version generated and shown on the screen. The $PSVersionTable variable is an automatic variable in PowerShell. It is a read-only hash table that returns information regarding the PowerShell Version (PSVersion) as well as PSEdition information, which might be Desktop or Core.

In any case, in addition to the command that was just mentioned. Apart from this command, you can determine your version by using any of the following two commands:

For what purposes does Windows PowerShell exist?

It is a scripting language. You can use it to automate processes by communicating with the Command Line interface. It was first made available to the public in 2006, and since then it has been adopted in place of the Command Prompt. You can also administer the system by executing commands that are specific to system management. PowerShell, for instance, can use to update group membership, add or delete user accounts, and do many other tasks.

The only thing you need to do is ensure that Windows is always up to date, as PowerShell will automatically update with it. On the other hand, you can also download it directly from GitHub.

Is there another option than using PowerShell? 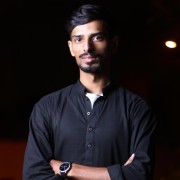 Hamza is a tech writer at Hack Today. He writes tech tips, tricks, and quick fixes to help people fix problems with their computers, PS4s, and phones. He has been interested in technology and marketing for a long time and likes to research complicated tech issues. When he's not tinkering with computers and software, he can be found at the field playing football.