Are you looking for more information regarding SCP vs SFTP? This guidepost covers all you need to know about SCP vs SFTP. A few features make one protocol stand out in certain situations.

However, saying that one is superior to the other won’t be fair. Having some differences, both have a lot of similarities too. So, before deciding which one to consider, it is important to learn what they are and what purpose they serve.

A set of rules that allows devices to communicate is a Protocol. A network is configured for various protocols, and SCP & SFTP are two. SCP and SFTP are secure file transfer systems used to transfer files over Ethernet from one location to another. They are alternatives to FTP (File Transferring Protocol). Both provide security features as they run on SSH (Security Shell). Now let’s dive deep into SCP vs. SFTP.

Having its roots in the Unix operating system, SCP was created by adding security to Unix, where the command to copy a file from one location to another is CP. This non-interactive file transfer securely transmits files using only the shell and remote commands. The SCP has a faster speed than SFTP because it does not have to acknowledge every tiny packet.

No doubt SCP is newer in origin than SFTP; it is still considered outdated due to lack of up-gradation. Although Unix-based, SCP is also available in Linux, macOS, and Windows.

Moreover, it is based on the command copy; it is just a copy between the systems. Therefore, it can’t do the directory listing or delete them.

SFTP (Secure File Transfer Protocol) allows accessing, transferring, and managing files over a reliable data stream. Like SCP, it is also an alternative to FTP used for non-scheduled, local file transfer. However, FTP transfers files in plain text, which means security is not ensured. SFTP was introduced to add security to FTP. Just like SCP, it also uses SSH to make encrypted communication.

When it comes to speed, SFTP is at a disadvantage. Although it allows many features like editing or removing directories, SFTP is slower than SCP. The speed difference occurs because it has to acknowledge every tiny packet. Being an interactive protocol, SFTP carries out all operations over an encrypted SSH transport. To enter the interactive command mode or to connect and log into the specific host, SFTP uses compression or public-key authentication.

Keeping in view the differences and similarities in scp vs. sftp, we can’t say one is better than the other. There is not much difference between SCP & SFTP command-line clients. However, SFTP holds a little superiority when it comes to file transfers. But still, SCP has a faster speed.

Many tech enthusiasts love to learn about computer operating systems, and some are conscious about what programs or protocols they are using. Hopefully, this article proves interesting and informative to all types of audiences! 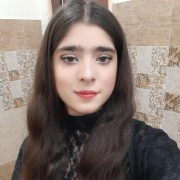 Maryam Gilani is a technology lover. Her interest in IT, games, and CS inspires her to write tech articles. If not writing, you can find her reading technology-related content and exploring more about the digital world.

How to Fix Nintendo Switch Dock Not Working Error

How to use Spoiler text and images on Discord