The US Department of Justice (DOJ) shutdown Hydra Market, one of the world’s largest dark net markets. Hydra Market’s servers and cryptocurrency wallets totalling $25 million in bitcoin were detained by the DOJ and German federal police on Tuesday.

On the dark web, the demise of yet another cryptocurrency-based drug black market has become nearly an annual occurrence. This is due to plenty of competitors eager to fill the void left by any market that law enforcement manages to shut down.

Hydra has been active since at least 2015, and its popularity had skyrocketed since then. According to 2021 research produced jointly by security firm Flashpoint and blockchain analysis company Chainalysis, it had yearly sales of more than $1.37 billion in 2020.

Hydra had revenue of $9.4 million in 2016, according to the corporation. According to German police, the site has 17 million users and over 19,000 vendor accounts.

The Conviction of Hydra Market

The Dark web is a collection of websites, which normal search engines and browsers cannot access. Thus, to browse through the dark web, users have to make use of browsers that assist in concealing their identity.

According to the Justice Department, Hydra Market, customers were mostly from Russian-speaking countries. Therefore, their representation was around 80% of all darknet market-related bitcoin transactions last year.

The maintenance of the marketplace was being done by “several dozen employees, with well-designated tasks.”  Flashpoint and Chainalysis reported these claims by identifying 11 core operators.

Furthermore, according to US prosecutors, Hydra Market allowed vendors of a wide range of drugs. Heroin, other opiates, cocaine, methamphetamine, and LSD, to connect with buyers who could grade dealers on a five-star scale.

The vast majority of the transactions were illegal drug sales restricted to Hydra’s target market of former Soviet states. Hydra, on the other hand, plays a larger and more global role for cybercriminals.

The cybercrime platform provided “mixing” services to help launder cryptocurrency and make it harder to track. Moreover, its exchange services allowed clients to swap in crypto profits from a variety of crimes for Russian rubles. In occasional instances, even cash bundles are buried in the ground for consumers to find later.

Roughly half of the $2 billion in transactions going into Hydra’s cryptocurrency addresses in 2021 and early 2022 came from illicit or “risky” sources. For example, stolen funds, dark web markets, ransomware, online gambling, scams, and individuals and organizations facing sanctions.

In the years 2021 and 2022, Chainalysis has monitored a little over $200 million in stolen cryptocurrency entering the site’s coffers. It has also traced far lesser sums linked to various crimes. Including about $4 million from sanctioned sources, $5 million through fraud, and $4 million from malware.

Furthermore, there was a detainment of a man in Florida by the DOJ a day before the Hydra closure. The agency seized $34 million in bitcoin from him as part of a dark web investigation. According to the department, it is one of its largest to date.

The Florida man allegedly made millions by selling illegal things online under an identity. Additionally, his involvement was in the hacking of online account information on some of the world’s top dark web marketplaces.

A tumbler is a dark web mixing service. It pools numerous bitcoin transactions before releasing the cryptocurrency at random intervals and in random increments to a selected cryptocurrency wallet.

Therefore, he could launder one cryptocurrency for another, a method known as chain hopping

Hydra has facilitated more than $5 billion in transactions. The site’s closure has created a massive void in the cybercrime world. However, the same operators will almost certainly fill or rebuild their empire or plan a new ambitious entry. 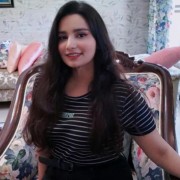 Steps to Take to Solve Headphone Problems in Windows

11 Ways To Fix Notification Not Working On iPhone